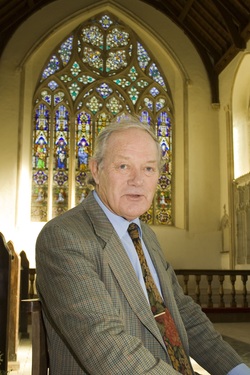 Peter Creswell is a musician, pianist, organist and composer and his wonderful melodies have made his music very popular in the region. After a career in the army, Peter studied the piano and organ at the Trinity College of Music in London. In 1969 he was appointed Director of Music at Falcon College in Bulawayo and he wrote his first musical in 1975. Other musicals followed as well as compositions in nearly all musical forms. Since he moved to Suffolk in 1999, he has written and directed many acclaimed works including an oratorio, and several masses and musicals. He is the director of the Redgrave Singers.
​
Find out more about Peter on his website:
www.petercreswell.com/