The Valley Fens have rich wildlife with birds and animals of many kinds living in this unique environment. For more information on Redgrave and Lopham Fen, the setting of the musical, click here for the website:
Redgrave and Lopham Fen
The story begins on the banks of the Little Ouse, just across the "Killing Path" from the Fen in the story. For more information on this beautiful area managed by the Little Ouse Headwaters Project, click here:
Little Ouse Headwaters Project 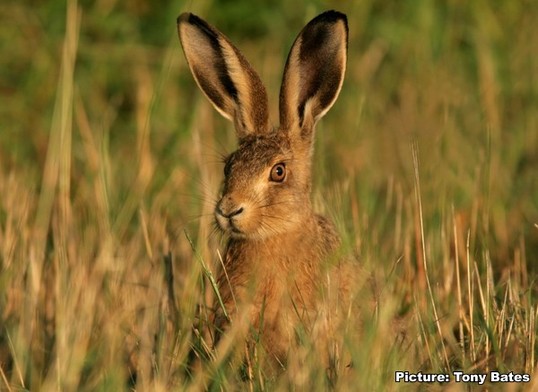 Photograph of a young hare by Tony Bates
The brown European hare is a beautiful animal and is often seen in on the Fen. Little Hare in the Fable is a young leveret that is in his first year. Hares are largely nocturnal but can occasionally be seen in the fields during the daytime, especially in March when the males are seeking a mate.

Young hares are born in a shallow depression in the ground called a form and have fur and open eyes from birth. A hare may live for 12 years.

The hare is often featured in magic, folklore and story-telling such as Aesop’s “The Hare and the Tortoise”. Saint Melangell is the patron saint of hares, having sheltered a hare from the hunt under her garments according to legend. Many Eastern cultures (such as Pakistan, Japan and China) see a hare in the moon, not a man, possibly because the moon is seen at a different angle to the one in the west and two dark “ear” shapes can be seen in the top part of the moon. 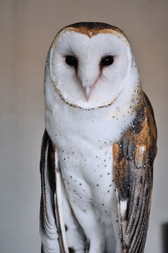 The Barn owl is a beautiful bird with creamy brown upper parts and white face and chest. In flight it looks like a large white bird. It has a wonderfully graceful flight and soars through woodland fringes hunting small animals for its food. Barn owls have a wingspan of about 85 cms and shriek or hiss rather than hoot. They are now breeding successfully on Redgrave and Lopham  Fen and many local farmers have erected owl boxes to help this lovely bird to survive after many years of decline. 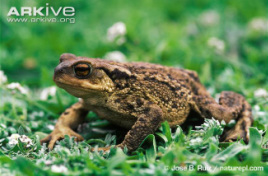 The common toad is found fairly widely throughout Britain. It prefers to breed in deep still water and today its habitat is threatened by the disappearance of farm and village ponds. Common toads can grow to 8cm, and are usually brown or olive-brown with “warty”, dry skin.

Toads return to their home ponds each spring to breed and this can result in many being killed on roads. A Norfolk organisation called Toadwatch has volunteers helping toads across roads during the breeding season. Common toads are most active at night when they hunt for their food which includes snails, slugs and insects. Toad spawn is laid in strings (not clumps like frogs) and toad tadpoles hatch in large numbers during early summer. The tadpoles develop into fully formed toads after about 16 weeks. 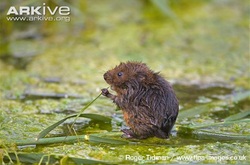 The water vole is the largest and most famous of the British voles. 'Ratty' in Kenneth Grahame's Wind in the Willows was not a rat, but a water vole. Water voles have a short hair-covered tail, a blunt, rounded nose, and a small chubby face with small ears. They are endearing creatures and have a rich chestnut-brown coat that traps air when they swim to keep them dry and warm. They are semi-aquatic and are the most endangered species in the UK, having diminished in numbers by 90% over the past 7 years. They are 14 - 22 cm long plus a 12 - 15 cm tail and live in burrows dug in the river bank. More information can be found on the British Wildlife Centre Website.