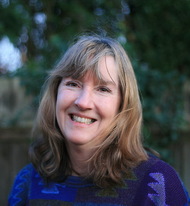 Sue Heaser is a professional writer of non-fiction and has published 15 major books on a variety of subjects. Her two children’s musicals, published in 1992 and 1993, have been performed all over the world. She has written 12 original pantomimes for local amateur groups and numerous reviews and pageants. In 2002 she wrote Cobbold’s Tales, a full length musical about the Rev Richard Cobbold of Wortham with music composed by Peter Creswell. This was first performed in Wortham Church and then had a week's run in the Theatre Royal in Bury St Edmunds. Her most recent musical is another collaboration with Peter Creswell: Cathedral

Writing "The Midsummer Hare" - Sue's comments:
I have always had a great love of the Suffolk and Norfolk fens and their natural history. I volunteer on our local Redgrave and Lopham Fen and it was there that the idea came to me of writing a fable about the wonderful setting and wildlife of the fen and asking Peter if he would compose the music to accompany the story. I have been so thrilled at the way he has seized on the project with such enthusiasm and the music is everything I could have hoped for and much more.

The Midsummer Hare has developed into a completely new type of musical production -  it has similarities to Peter and the Wolf by Prokofiev but goes a lot further with the marrying of instruments and the spoken word.

Find out more about Sue on her website: http://www.sueheaser.com/